Home / Beginner's Guide / Most Common Mistakes Made By Paintball Beginners 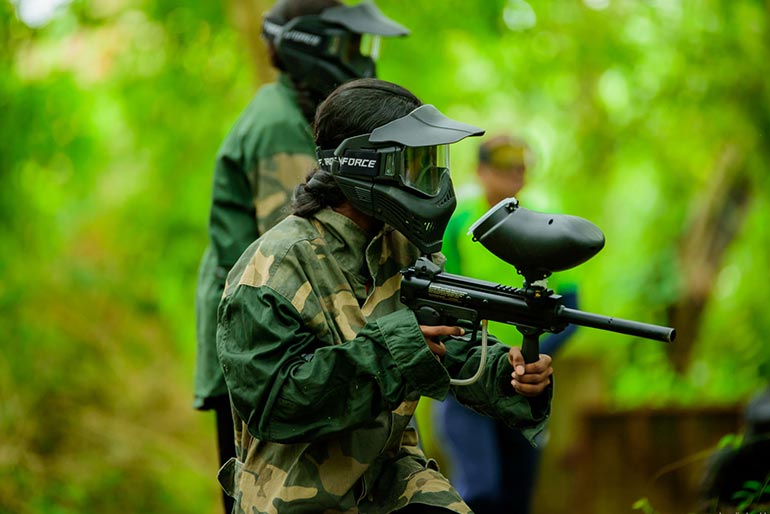 Every time you try something new, you are bound to make mistakes. This is how we learn. We try to approach challenges in different ways until we find out what works. Playing Paintball is no exception. Many players make plenty of mistakes the first time they play Paintball. However, if it is your first time, you can learn from previous player’s mistakes and improve your game before you even begin. Below you will find some common mistakes and how to fix them.

At the game, beginner’s first concern is usually to protect themselves rather than being a threat to their opponents. They choose the heaviest bush or the deepest hole available in the field and settle down right in the middle of it. They do not see anything and unable to provide information or cover fire. But they think that they are in a great ambush position.

Those who go further go too far and have to dump behind a tree falling all over its roots. They do not shoot back to improve their situation, nor ask for help. And when hit, they will wait for the incoming paint to stop pouring before they stand up and walk away, which means they will get out wearing two or three layers of bright colors.

Choose the first shelter before the game starts. A good shelter will protect you with a reasonable cover while allowing to look and shoot around. You must be within the range of your opponents, but not too close. Then you can still move behind your tree/barrier. The shelter which you are behind is too small that you can’t stick your head out, make sure that you have a teammate behind you to pin down your opponents at that time, so you’ll have openings.

Usually, if you can see your opponent before he spots you, you have won. Beginners think that if they stick their head out, they will be an easy target, so they never look around. They decide to use their eyes for focusing them in one single direction. To focus on such a wide area, they close their ears to all noises, specifically coming from their sides.

Don’t be afraid to look around. You can get much information which you can get. Of course your head will be a target of opponent, so look at the side of your barrier rather than above the top of it. If you think to look above the top, don’t do it for more than two seconds. It will take as long as for your opponents to: spot you, aim at you and shoot at you.

When you are in a position where you are easily pinned down with no close help at hand, there are only two things you should think of doing;

You can shout for help indicating your opponent’s location. If they are shooting at you, it means they have spotted you, so do not be afraid to give your position away.

When a beginner spots you, he focuses only on you and becomes blind and deaf to any other things. Most of the time, he won’t even imagine that you have moved to a place where you can shoot from a different angle.

When you are spotted, be prepared to move, then your opponent won’t know where you are or from where your next shot will come.

Beginners very seldom talk too much. They keep their problems with them-self. They do not ask for help when needed and do not brag about their knowledge. They do not tell anything about the opponents they are spotted.

The only good reason to be quiet is to remain quietly. But once you are spotted, there is no reason not to shout. You can get the help when you need and can give the information to your teammates when they need to kick in. Only exception is, be careful when you asking for paint, unless you want it in your face.

Usually, beginners are very accurate and rarely miss a player whose 20 feet left, especially if he is on the same team. They imagine that a Paintball marker is a gun, and try to nail targets 100 yards away. They shoot too soon at everything that moves. The opponent who doesn’t shoot will know to find them and will pick them out when wanted.

If you have not been spotted, your first shot must take your target out. Wait till the flight path is clear or until the opponent sees you. Be patient, especially when you are defending.

Sometimes, you have to shoot at opponents that you can’t see. You can help a teammate out of a situation, to make an opponent worried behind his tree, to keep his head down while one of your teammates is closing to make a noise to distract their attention. Some teams share the cost of paint because they know that front players can only play if someone behind them throws paint, but you need a team to do so.

Beginners make such mistakes because they are totally afraid of paint. Be remembered. It’s just a game. No one “kills” at the Paintball field. There’s always another game. Feel dangerous. You have a Paintball Marker, you have Paintballs and Gas. Then you are dangerous. Do experiments. Try out new moves. Increase your experience daily. Try out the moves that have “style”, those are fun. You play Paintball to have a fun, don’t you?

Had an extremely enjoyable time during our stay there. The instructors were brilliant. Very good place for 1st timers. Totally worth it and highly recommended. 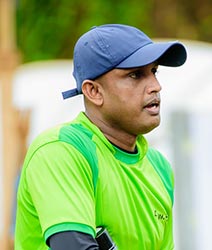 How To Improve Your Paintball Aim And Accuracy?